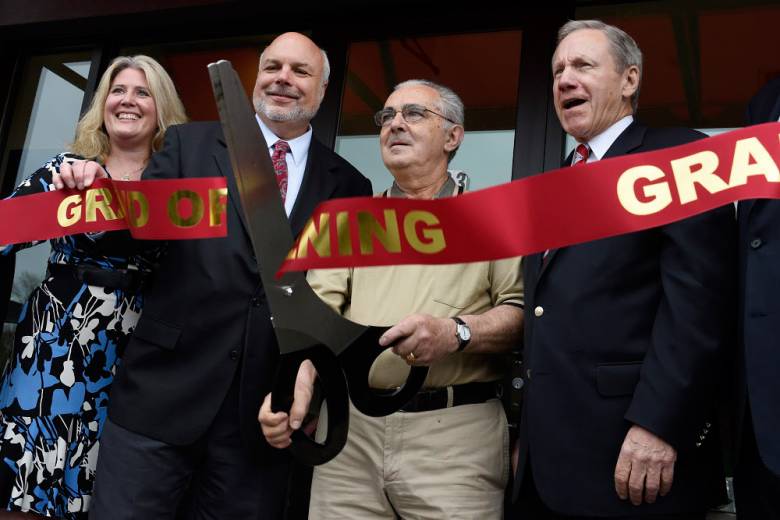 That was the vibe at the grand opening of Massage Envy, Kidville and Rudy’s at the Vervalen Street mall on Tuesday afternoon.

“It’s a really big improvement,” said Kathleen O’Neil, a Closter resident of 63 years who stood wide eyed inside the newly refurbished Rudy’s Ristorante & Pizzeria, where the aroma of freshly baked pizza was in the air. “We needed this.” 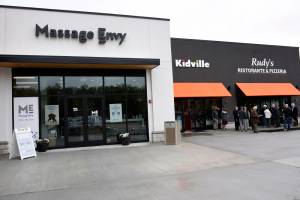 MICHAEL KARAS/STAFF PHOTOGRAPHER
Massage Envy, Kidville and Rudy’s are the latest stores to open in the renovated Closter Plaza.

Former Mayor Fred Pitofsky beamed. “We’re called the hub of the Northern Valley and now we have a great shopping center,” he said. He predicted that the newly renovated plaza —  anchored by a Whole Foods — will impact area stores positively. “This will attract people from all over.”

Customers were already crowding into Rudy’s as the pies entered and exited the ovens briskly. The 50-year-old establishment is now in a larger space with seating for 130, said owner Anthony Osso. “Everyone is excited about our new look,” he said.

No business has stood in Closter Plaza longer than Rudy's Restaurant & Pizzeria.

The store that first opened its doors in 1960 will be reinstalled in its original location after a two-year temporary stint in a spot across the street during reconstruction (SEE: Closter Mayor Anticipates 'First Class' Shopping From New Plaza ). Rudy's owner Charlie Osso, 71, is looking forward to returning home.

"I'm excited about the new shopping center," said Osso, who bought Rudy's with his brother Fred in 1970. "Sure, there will be a lot of competition from the new food stores and restaurants, but there will also be a lot more traffic."

Rudy's will share retail space with a Whole Foods, Bareburger and Distrito, to name a few.

The wait will be well-worth it for Osso, whose new space will be 400 square feet larger than the original, and feature 130 seats and a bar and brand new equipment.

Rudy's of Garwood has made it on to New Jersey Monthly Magazine's list of "Where to Go Gluten Free" in New Jersey. Chef Dario and the staff take great pride in addressing our customers dietary requests and serving delicious Gluten Free dishes. Thank you all for your continued support and Buon Appetito.  (Click images below for full size)

From NJ.com and The Cranford Chronical 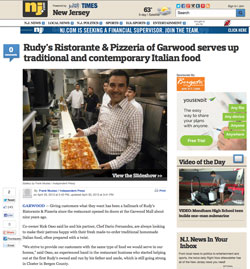 GARWOOD — Giving customers what they want has been a hallmark of Rudy's Ristorante & Pizzeria since the restaurant opened its doors at the Garwood Mall about nine years ago.

Co-owner Rick Osso said he and his partner, Chef Dario Fernandez, are always looking to make their patrons happy with their fresh made-to-order traditional homemade Italian food, often prepared with a twist.

“We strive to provide our customers with the same type of food we would serve in our homes," said Osso, an experienced hand in the restaurant business who started helping out at the first Rudy's owned and run by his father and uncle, which is still going strong in Closter in Bergen County.

Customers keep coming back to the restaurant, Osso said, in large part because “we do the food here the old-fashioned way. We cook all of our food fresh to order.”

Osso spoke with passion about some of Rudy's dishes, including the best-selling Sunday sauce... 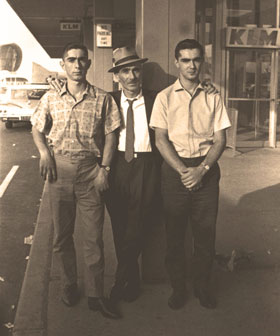 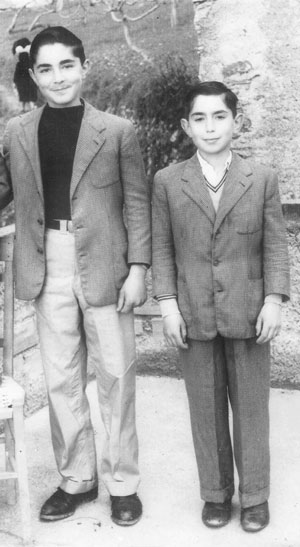